“And she crawled on, do or die, in the serene weather. The sky was a miracle of purity, a miracle of azure. The sea was polished, was blue, was pellucid, was sparkling like a precious stone, extending on all sides, all round to the horizon—as if the whole terrestrial globe had been one jewel, one colossal sapphire, a single gem fashioned into a planet. And on the luster of the great calm waters the Judea glided imperceptibly, enveloped in languid and unclean vapours, in a lazy cloud that drifted to leeward, light and slow: a pestiferous cloud defiling the splendour of sea and sky.” 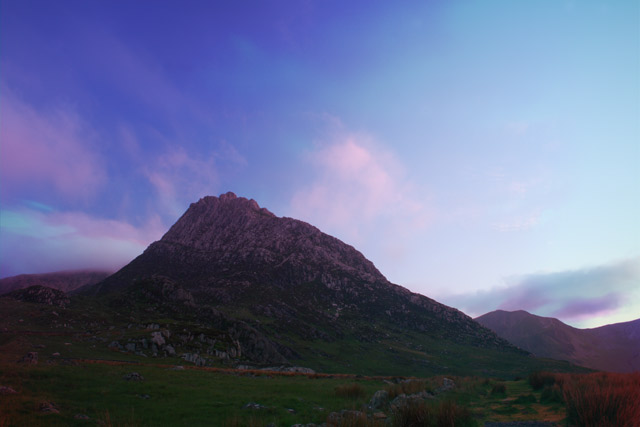 These lines, which must be amongst the best ever written, are from Youth, by Joseph Conrad. Tryfan, a mountain in north Wales, reminds me of Conrad’s ship Judea. And of course the ship is named after the mountainous area in the West Bank, now occupied Palestinian territory.

Union and devolution may plot Tryfan’s political course, but her existential plight is concerned mainly with human leisure, not internecinal tendencies: She is being eroded by the clamour of adventurous tourists, boots grinding upwards, riding down the scree.

The fates of many things are in the balance.